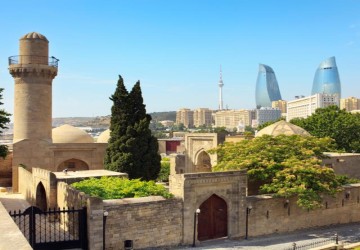 This language is included into the oghuz group of the turkic family ( except  this language the Oguz group includes the Turkish, Turkmen language, the Gagauz language, Afshar). The spread  of this language dates back to BC in the territory of historical Azerbaijan. In the beginning of the BC the coming of other Turkic tribes, especially the Khazars to Azerbaijan, then the Seljuks march in XI century has influenced mentioned language, despite of the spread of the Arabic and Persian languages in the region, retained its existence.

There are 32 letters in the Azerbaijani language, including 9 vowels and 23 consonants.