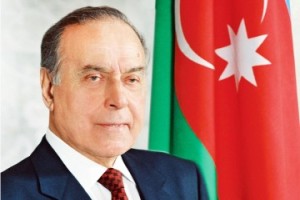 The modern history of Azerbaijan covers the period from the end of the XVIIIth century till the present day. During this period, in the northern and southern lands of Azerbaijan independent khans were established. Later, the southern khans of Azerbaijan  were united under the authority of the state established by Turkish-Azeri dynasty of Kajars.With the strengthening of Tsarist Russia bloody wars began between the Kajars and Russia. With Gulistan agreement signed in 1813 and Turkmenchay agreement signed in 1828, the northern areas of Azerbaijan, the occupation of current territories of Azerbaijan by Russia was officialized.But the southern Azerbaijani territories remained under the authority of the Qajars, and later was included into the territory of modern Iran.

As a result of the February bourgeois revolution and October Bolshevik Revolution that took place in Char Russia in 1917, there emerged a historical opportunity to declare the Republic of Azerbaijan an independent state and the Azerbaijan Democratic Republic was formed on May 28, 1918. This Republic was the first independent republic in the Muslim East. Azeri-Turkish language was the official language of the Azerbaijan Democratic Republic, the capital at first was Ganja, later Baku city.

In 1920, the newly formed Soviet Russia has invaded the territory of the Azerbaijan Democratic Republic, the Soviet Power was established here. During the Second World War the Azerbaijani heroically fought against fascists, more than 600 thousand people took part in the battles, 300 thousand of them were killed. During the war Baku supplied 75% of the oil used by the Soviet Union. In general, at the time of the Soviet Union, science, education, culture in Azerbaijan were not undeveloped, but on the contrary it gave to the world great geniuses. The founder of the modern Azerbaijan Republic, the national leader Heydar Aliyev began to lead Azerbaijan for the first time since 1969, and later became one of the leading officials of the Soviet Union, took direct part in making the most important

At the end of the 80s of the twentieth century the national-liberation movement started in the whole Union republics, especially in Azerbaijan, began to accelerate the collapse of the Soviet Union. On January 20, 1990, there was committed massacre in Baku against our people in striving for independence. Despite all of these, on 18th of October, 1991 Azerbaijan restored its independence 2 months before the collapse of the Soviet Union.

Around Karabakh – the ancestral lands of Azerbaijan –  the bloody fighting by Armenian occupants and their supporters prevented the development of independent Azerbaijan. In 1993, the national leader Heydar Aliyev’s arrival to the country leadership and after the presidential election by the people, in 1994 a ceasefire was declared, for the export of  Baku oil to the international market, the “Contract of the Century” was signed and our Republic began its rapid political, economic, cultural and military development. In 2003, the elected President Ilham Aliyev successfully continued this wise policy and achieved the formation of current strong, secure, developed modern Azerbaijan Republic.