The distance between the cities of Baku and Gabala: 225 km

The physical and geographical conditions:

The number of cities, settlements and villages:

The frontiers: they pass along the southern slopes of the Greater Caucasus to the North-West of Azerbaijan and to the East of the Sheki-Zagatala region. In the north – on the Chadash chain of the Greater Caucasus, they border upon the Daghestan Autonomous Republic (Russia), the Shahdag chain, the region of Gusar (stretching as far as the region of Guba in the north – east towards the Salavat pass) and the region of Ismayilli in the east along the valley of the Goychay river. In the south, the frontiers reach the regions of Goychay and Agdash (mount surkhay) along the chain of the low Akhar – Bakhar mountains. In the west, they border on the regions of Sheki and Oghuz, along the valley of the Turyalchay (Tikanlychay) river.

Forests with rare trees: the oak forest of Shabalydyarpag, the valley of eastern plane trees, the grove of Oriental beeches (fagus orientalis).

The landscape: Predominantly mountains. The mountainous zove covered almost 40-45% of the total area.

The culture of Gabala 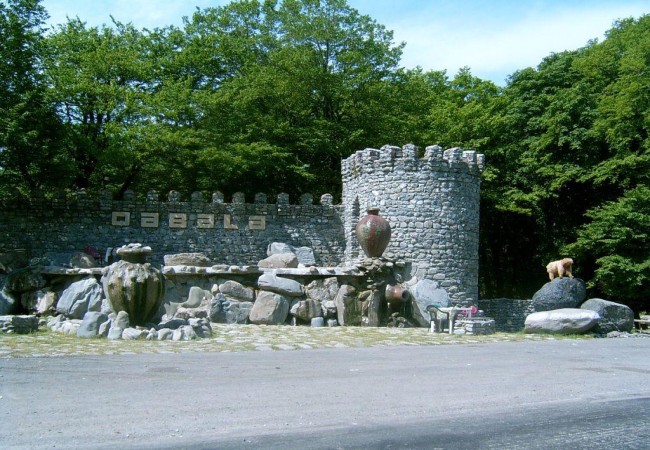 The culture of Gabala Not far from the Nij village, at the Yalolu-Tepeh mountain, archeologists found an ancient settlement. That settlement dating to III-I centuries B.C., thus providing a rich historical-archeological resource for study. As result of excavations, there are discoveries as iron knives, daggers, swords, brass rings, golden earrings, stone grinds unique ceramic dishware… 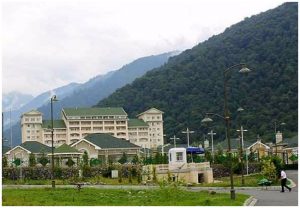 Discover Gabala The administrative center of the Gabala region is at the foot of the south-western hills of the great Caucasian Chain. In the vicinity of the Tufandagh (4191 meters) and Bazaryurd (4126 meters) mountain peaks. There are a lot of temples, mosques, towers, mausoleums, holy, sights, – pir and odzhag, medieval defensive turrets and… 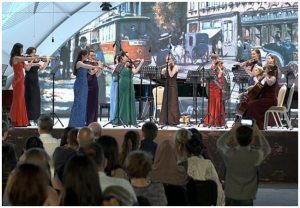 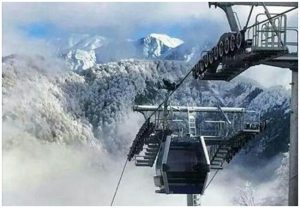 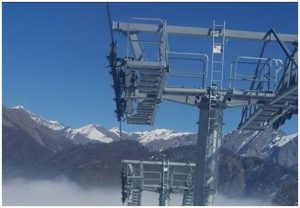 Gabala Recreation Center Complex Currently, there are 4 cableways operating at the recrection complex. Guests who want to enjoy the outstanding beauty of the Great Caucasus mountain range can view this from the Tufandagh cable cars. The total length of the cableways is 5800 metres. At each stop there are comfortable cafes and restaurants serving…

GABALA – the capital of ancient Caucasian Albania The historical region Gabala is one of the most popular tourist destinations in Azerbaijan. Today are familiar to many foreign cultural workers. As well as diplomats and tourists and the number of touring and recreational visitors is rising rapidly. Its picturesque environment, modern, large-scale projects and cultural…

Gabala as a tourism destination in Azerbaijan 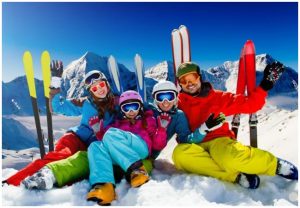 Gabala as a tourism destination in Azerbaijan The development of tourism in Gabala turns that region into an international centre. As well as conducting political, economic and cultural events. Thus, for instance, Gabala has repeatedly hosted music festivals and, certainly not without reason. The Council on Humanitarian Cooperation of CIS states and the Interstate Humanitarian…

The cure tour in Gabala, Azerbaijan 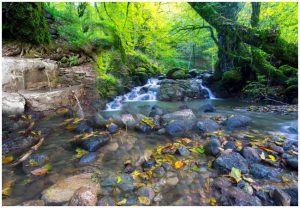 The cure tour in Gabala, Azerbaijan The development of a chain of recreation centers commences in Azerbaijan in the XX century. This process became possible owing to the favorable climatic conditions, the various mineral waters, curative muds and oil resources. Thus, the classification of natural recreational resorts was  and the relevant infrastructure was available. There…

Gabala Shooting Complex Club visitors enter the shooting zone by using an electronic access card. Special rules apply for the use of sports weapons. After weapons are unloaded they are returned. In order to ensure safety and protection from fire, observation cameras and fire protection points are part of the club’s layout. There is a… 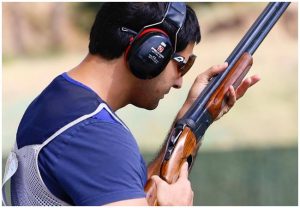 Gabala Shooting Club Gabala shooting club is situated in Bum. It comprises a registration department, meeting and consultation rooms. As well as special gallery for watching the shooting which takes place in a building constructed in a special architecture style. There is also a medical dispensary. The equipment for round and trench stand shooting came… 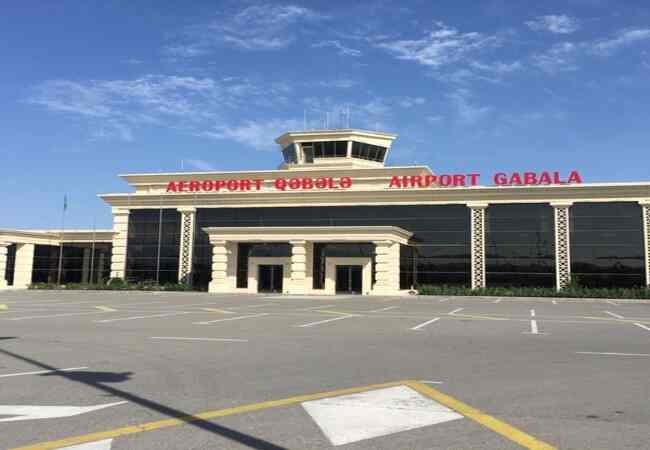